It’s a great shame that there aren’t more castles around Greater Manchester. There are only ten, and most of them don’t have any above ground remains. My memories of visiting castles with my family are all from beyond Greater Manchester, going to the south where you can find Bodiam, or the north east with Dunstanburgh. To be honest, you wouldn’t plan a day out to visit Manchester Castle – mostly because it’s somewhere underneath Chetham’s School.

You might make a visit to Buckton Castle, but the recent moor fires mean it’s not a good idea right now. On a normal day, if you went up Buckton Hill it would mostly be for the view as the last remaining stones of the castle are buried. On a clear day you can see Beeston Castle in central Cheshire, or at least the hill it’s on.

The University of Manchester Archaeology Unit began digging at Buckton Castle in 2007. That summer’s season of excavations fell between the end of my A-levels and the start of my archaeology and ancient history course at Leicester. With some time on my hands and my own trowel I helped out as one of the volunteer diggers from the South Trafford Archaeology Group.

Part of what made Buckton so interesting to me as an 18-year-old was how little we knew about it. It doesn’t appear in the written record until 1360, when it was already abandoned, so we have to rely on archaeology to work out fundamental like when was the castle built and what happened there. At one point it wasn’t even clear whether it might have been an Iron Age hillfort or Roman outpost (it turned out to be neither). It was exciting to climb the hill up to the site knowing that at the end of the day we might descending with the answers. With so little known about the site, theories and ideas bounced around from trench to trench. It wasn’t quite that simple of course, and after three years of excavations there is a lot we still don’t know about Buckton, but some things stuck out. Though the castle probably wasn’t used for long, it was probably slighted and the gatehouse is one of the earliest in North West England.

Since I was involved in that first season of digging I was attached to the site. I knew a bit about it, so when I had an essay to write on castles in the first year of university I of course mentioned Buckton. I think it was about whether castles were defensive or symbolic (the answer is of course both), so I got to play out a current debate with a site I knew well. When picking a topic for my third-year dissertation I knew I wanted to research something to do with castles, and with some help from Neil Christie and Norman Redhead I settled on the gatehouses of castles in North West England. Of course Buckton featured again. 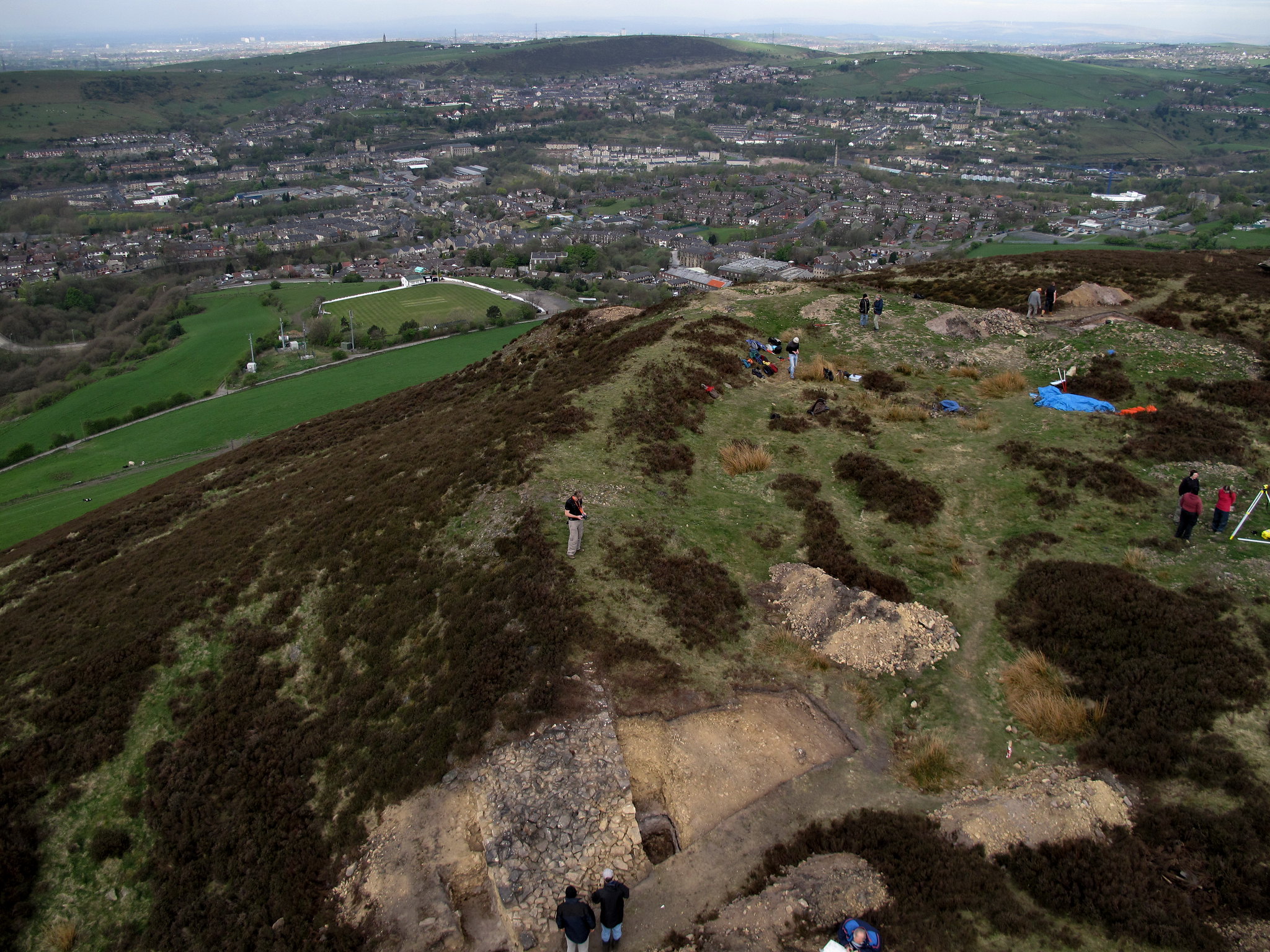 Then of course there’s slighting. I’m not sure how much Buckton being slighted led me to decide it would be a good topic to spend five years researching. It might have contributed, but my recollection is I was struck by how little discussion there was of how castles ended up as ruins. Whether that’s apocryphal or not, Buckton appeared in my thesis.

I was lucky enough to be one of three authors who wrote the book on Buckton Castle, published by the University of Salford’s Centre for Applied Archaeology who took over the dig. I’m proud of that book, but Buckton is still relatively unknown even amongst castle enthusiasts. To help with that, last year I rewrote Wikipedia’s entry on Buckton, which is read by around 300 people a month. It runs on Wikipedia’s front page on 12th July, so go ahead and check it out. You never know where an interest in castles might lead.